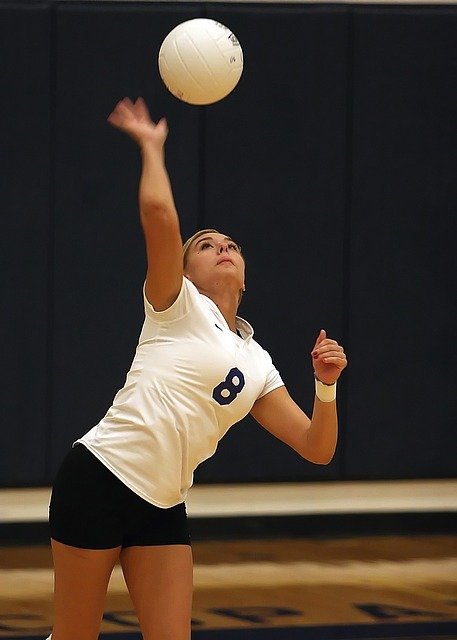 Correspondent photo / Robert Hayes Maplewood sophomore Caleigh Richards runs with plenty of distance between her and the rest of the pack Thursday evening during the 3200 at the Trumbull County Championships at Lakeview.

CORTLAND — Two state cross country championships, a state outdoor track title in the 3200, and Caleigh Richards is only a sophomore.

Tack on a pair of new stadium records Thursday evening at the Trumbull County Championships at Lakeview, and Richards has more on her resume than most do by the time they graduate high school.

The biggest key? Never forgetting who you are.

“This year I’ve kind of been trying to get PRs in both the 1600 and 3200, just to see what I can do and just trying to get faster and faster to see how far I can get this season,” said Richards, who set a new 1600 PR Thursday evening in 5:01.19. “Just keep trying and training and working hard, I know that I can never get prideful, I just have to stay humble and give the glory to God.”

Running interested Richards at a young age, not necessarily competing, but more so just running around before joining the Rockets junior high program in seventh grade and setting the school record for the 1600 that year.

It’s then that Richards realized she could be decent, but she admits she never imagined accomplishing all she has.

“It felt pretty cool because that was my goal for that year — to get that record. It was actually at our very last meet of the season. I was actually really happy I got that chance because my eighth grade year was canceled because of COVID, so I didn’t even have the opportunity,” Richards explained. “I definitely wasn’t expecting that much success, but I knew during my eighth grade track season that we didn’t have, I still had to work my butt off if I wanted to accomplish stuff in the fall, so that’s what I did.”

Not competing during the indoor season, Richards has to still work all winter to bridge the gap from the fall to spring while having older brother and teammate Caleb Richards, a senior, to help out all year around.

“We kind of do some different speed workouts just to build speed, but since I’m more endurance, I also tie in some longer workouts in there too to get both the speed and endurance aspects,” Richards explained.

An average workout consists of four to five miles, leaning more on endurance in the summer to prepare for cross country.

“It was pretty cool going from cross country to that. I never thought I’d accomplish that going into my freshman year, but I’m very grateful,” Richards explained. “I know there’s definitely that pressure there, not from family or anything, but just that I put on myself, because I know that I want to accomplish those things again. But I know it’s going to take work and you never know what can happen because there’s great competition out there.”