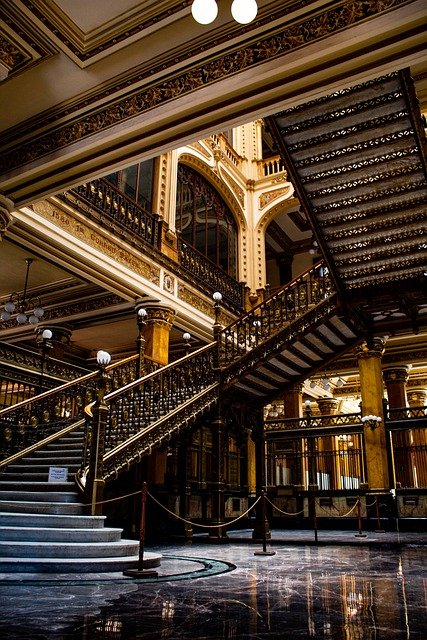 PHOTO PROVIDED
Mark Heckel (right), a Hughesville resident and Lock Haven High School graduate, has dedicated years to the sport of track and field both as a competitor and an official.

Mark Heckel was in Charlotte, N.C., competing at the USATF Masters Outdoor Championships, but he wasn’t doing as well as he wanted to. He shared his frustrations with a 102-year-old hammer thrower.

The gentleman looked Heckel square in the eye.

“‘What are you going to do about it? You gonna whine or you gonna do something?’ It was like, I just got called out by a guy who’s 102,” Heckel said. “So, I guess I better do something about it.”

A current Hughesville resident and Lock Haven High School graduate, Heckel has spent a lifetime of service — albeit not 100 years of service — to track and field competition as both a competitor and official.

Having spent 25 years as a PIAA District 4 championships meet director, as well as 20 years as a registered official for the PIAA, the culmination of Heckel’s efforts have reached a new height.

Ahead of the 2022 USATF Outdoor Championships, as well as the World Athletics Championships, both in Eugene, Ore. this summer, Heckel was selected to be the chief electronic measurement judge for the annual and biennial events.

It won’t be Heckel’s first time in Eugene, either. He previously worked at last year’s Olympic Team Trials as the chief of electronic measurement. Heckel also held the same duties in 2008 at the same venue and in 2004 in Sacramento, Calif.

Heckel also worked the horizontal jumps in the 1992 New Orleans trials along with electronic measurement in Eugene in 2016.

“The facility is, you can’t even describe it. It’s just beyond — it’s the finest athletic facility in the world, period,” Heckel said on the University of Oregon’s Hayward Field, noting such aspects as the 5,080 square-foot video board, barbershop and sauna.

They then decide who will work which events based on the preferences that the individual officials list. The committee sits down at a table for two days — or in the case of the past two years, virtually — to review the qualifications of each candidate.

As a clerk for the selection committee, Heckel prepares those lists and collects data, prepares everything for the community and reports who’s selected and for what.

So, what are some of Heckel’s other qualifications that garnered the prestigious officiating honor?

A 1977 Lock Haven High School grad and three-year letterwinner in both track and field and wrestling, Heckel went on to be coached by the late Penn State coach Harry Groves.